Posted on January 19, 2010 Categories: Activity of the Month, Competitions, Events, Features, Press Releases Comments are off for this post 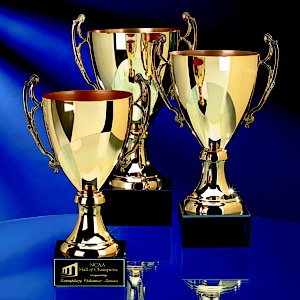 Ennis Tidy Towns presented over 162 awards to members of the Ennis Community at their Annual Local Awards ceremony in recognition of the huge community effort that resulted in another very successful year for Ennis in the National Tidy Towns Awards. 2009 saw Ennis winning Ireland’s Largest Urban Centre Award for the second year in succession, along with the Regional Award, a Gold Medal and the Gum Litter Award.Chairman of the Ennis Tidy Towns Committee, Noel Crowley expressed his gratitude to the Ennis public for their ongoing support and hard work in maintaining their areas to such high standards. “We are fortunate in Ennis to have a community that will work together to ensure their town looks its best for all to enjoy. We need to continue to work hard to instil this sense of pride in our younger generation and show through example what is possible if everyone takes responsibility for their areas”.

Mr. Crowley welcomed over 250 people representing residents, students, business and community groups to the event and stated that he hoped they would all spread the message that we must all work together to build on the achievements to date and continue to enhance our town.

He also recognised Ennis Town Council for their hard work and co-operation with the Ennis Tidy Towns and thanked them for hosting the event in their civic building. ” 2009 proved a challenging year for those working on the front line with adverse weather conditions and budget restrictions, however, through innovation, hard work and pure dedication our town continues to look its best. This is credit to those who work behind the scenes and we applaud you”, stated Mr. Crowley.

County Manager, Mr. Tom Coughlan presented the Green Areas Awards. Category winners included Clancy Park, The Green, Lifford, Pine Grove and Francis Street. The overall winner was Pine Grove and special mention for the high standard of maintenance was given to the Tulla Road and the Galway Road.

The Best Kept Garden Awards were presented by Town Manager, Mr. Ger Dollard. Winner of the Small Garden Category was Teresa Lynch of 96 Clancy Park, Mr. Vincent McDermot won the Medium Garden section and Anne McCullagh received the award for the Large Garden category with the Bereaved Garden in Hermitage.

Ennis Tidy Towns Chairman, Noel Crowley, closed the event by issuing an invitation to everyone to get involved in 2010. He also asked people to encourage their neighbours and friends to get involved in community clean ups, helping elderly neighbours with maintaining their gardens painting, asking students to look at ways of minimizing waste, recycling and he invited businesses to continue to upgrade their premises with floral displays and fresh paint work. He stated that Ennis Tidy Towns launched their new website www.ennistidytowns.com and invited people to visit this website to keep up to date on activities and events. Mr. Crowley thanked Michael Byrne of Acton BV for sponsoring the creation of this website and explained that it was now acting as an extension of the Tidy Towns Committee and making their work more accessible to not only the local community but to visitors to Ennis. 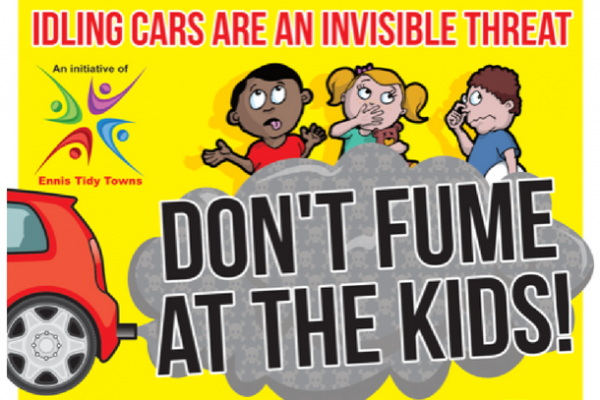 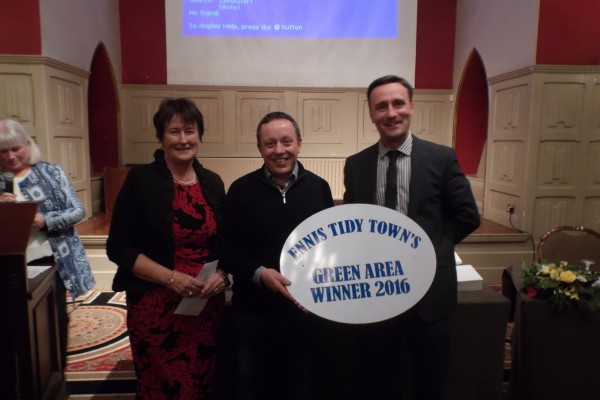